Home > Resources > The FDD & The Franchise Agreement: What’s The Difference?

Many prospective franchisees, and–quite frankly–many franchisors, are confused as to the difference between the FDD and the Franchise Agreement. 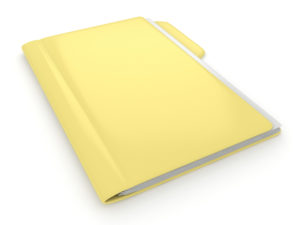 Think of the FDD as the “Renters Disclosure Statement” many cities impose on residential landlords.  A more sophisticated example would be the myriad of disclosures required by public companies.

These aren’t contracts between two parties, but information the government is requiring the perceived stronger party to disclose to the weaker party. This helps level the information playing field.  Unfortunately, many times when voluminous disclosures are required, important pieces are missed.

Yes! Do not skip this step.

Many people will run out of steam in reading the first 60 to 80 pages of the FDD and skip the Franchise Agreement entirely, thinking it is just the same information in a different format.  However, if two or three years down the road there is a serious issue, the default letter the franchisor sends won’t quote the FDD.

What is The Franchise Agreement?

A Strategy for Reading Your Documents

If it helps, you can think of the Franchise Agreement as the “lease” for the trademark and system, while the FDD is, in part, the marketing material. When viewing your FDD and Franchise Agreement through this prism, prospective franchisees can make a more informed decision.

Viewing Your Franchise Documents as a Spaceship Unless there is a future problem and someone needs to go back and forensically analyze the FDD, it is irrelevant to the future relationship between the franchisee and the franchisor.

Are These Set in Stone?

The FDD will change every year.  New growth, changes in the system, operational requirements, territory sizes, and even fees will inevitably be adjusted and modified as a franchise system matures.  But the Franchise Agreement, for the term of the agreement anyway, will remain unchanged for that particular franchisee.